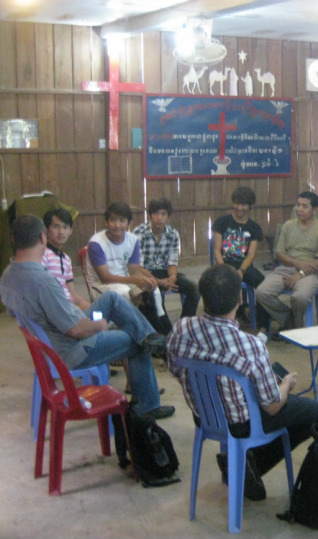 Throughout the world the Lord has blessed us with amazing men and women who lead in the power of the Holy Spirit. We are dedicated to the constant gathering, assembling and training of these men and women so that they will have every tool necessary to accomplish all that God has called them to do. Leadership is crucial. Leaders change nations, build relationships, and can be the voice for those who have been kept silent. We train new and seasoned leaders who are willing to accomplish the endeavors ahead and invest in the vision of People for Missions.

We provide a variety of conferences each year:

Equipping people with vocational education and training, aids to self-sustaining systems and businesses. PFM is extremely involved with continued interest in Cambodia, El Salvador and other areas in Southeast Asia and Central America predominately in response to the growing number of those who are being forced into sexual exploitation. Women and children trapped in the sex trade is an injustice that we will not sit and watch evolve. We have and are making deliberate plans involving the rescuing and rehabilitating these victims. We love them for who they are and introduce them to their ultimate love, Jesus Christ. They need a way not to fall back into the same lifestyle so through Christ’s power, we help them pick up the pieces. We do this through medical aid, food, shelter, clothing, education, encouraged daily living skills, and vocational training such a sewing and farming.

This coming year we have two developing projects, one in Phnom Penh and another in El Salvador. The primary focus of this ministry is inner city outreach, exposing ourselves to the real-life needs and devastation, ushering us to rescue young girls from the sex trade. It is a disturbing fact that girls as young as thirteen are selling their bodies because they have no choice. We’re going to show them that there is.